After the arrival of the new fridge, I’m hard at work creating the next phase of the yurt countertop! 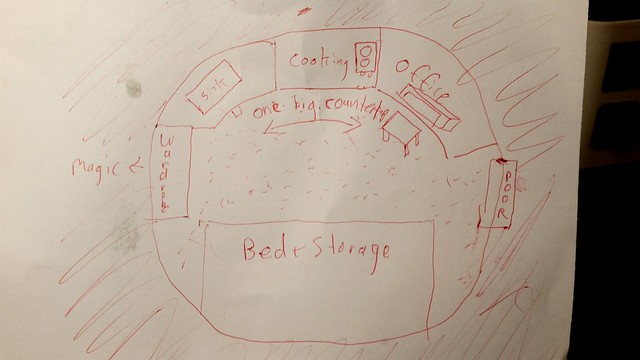 I’ll have to office near the door where I can see outside, the cooking area in the middle, and the sink on the far end near the wardrobe and, presumably, Narnia. 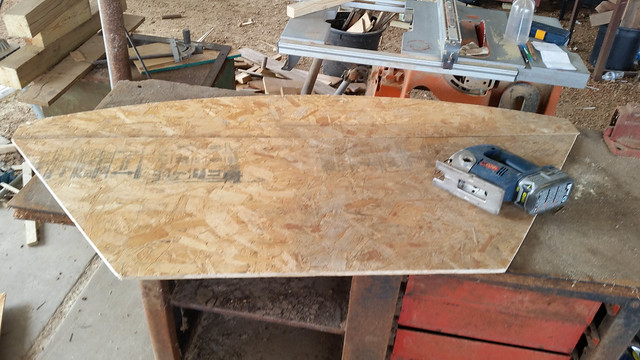 Permaculture design dictates long observation before commitment. With only 113 sq. ft. and a passion for cooking, it’s even more important to get it right! I’ve moved the sink three times, but think I’ve finally found the right setup. 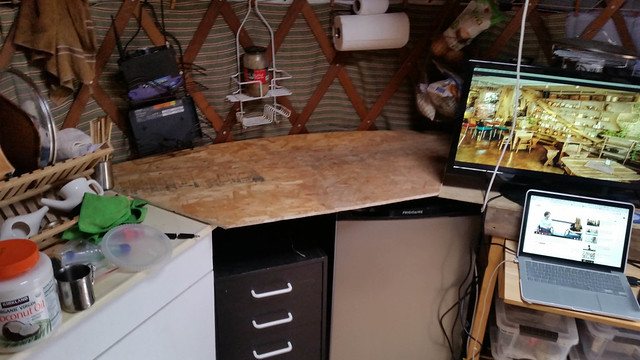 I removed the old bathroom countertop and sink to install my stainless Ikea one: 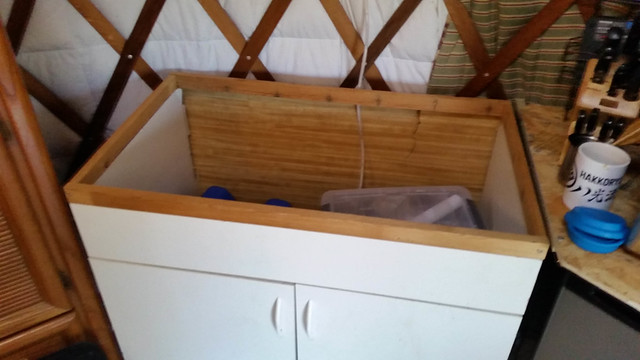 I’ve gotten pretty good at these crazy partially-rounded-trapezoid cuts. More on how I do that later. 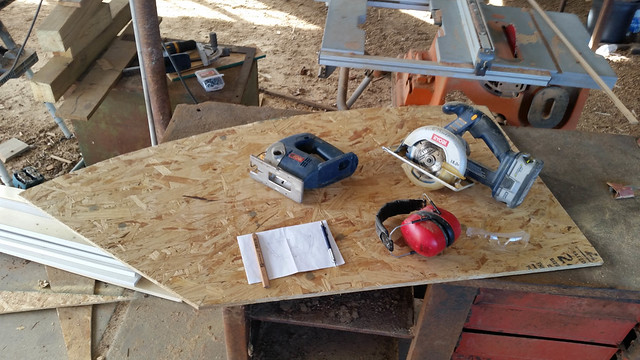 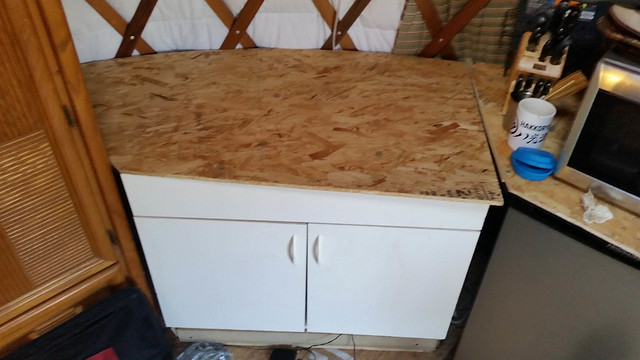 Levelness is important for sinks: 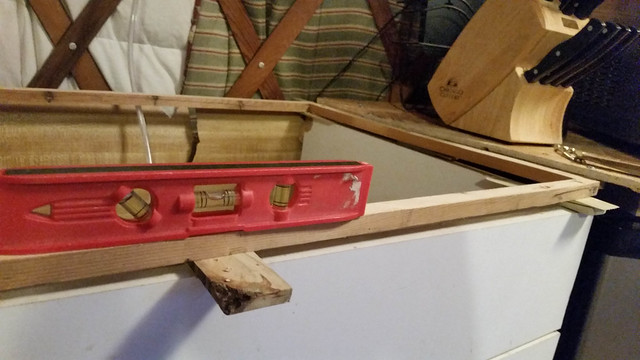 If you’re going to have a sinkhole in your house, this is the kind to have. 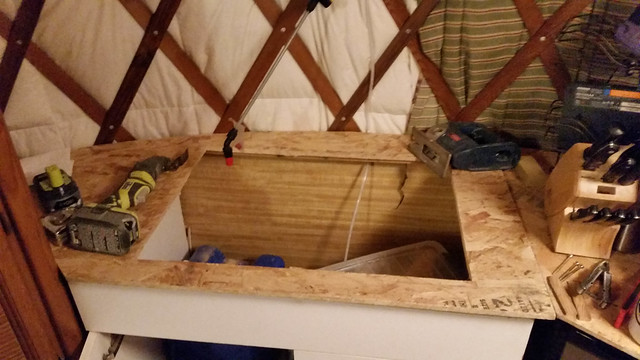 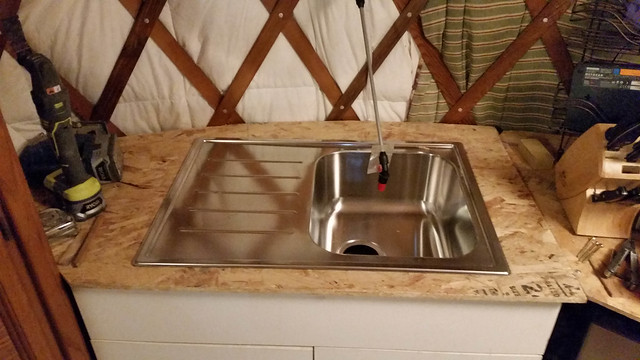 I’ve got one 5-gallon jug each for water in and out. The out one is lowered to make room for the p-trap. A 12V windshield wiper pump and bug sprayer hooked to a foot pedal fire the sink, which, even with every day use, uses less than 5 gallons per month! I built this p-trap custom because the flow rate is too low to flush a normal one. It’s not glued, just pushed together. So far, no leaks. I’ll probably glue parts of it later. 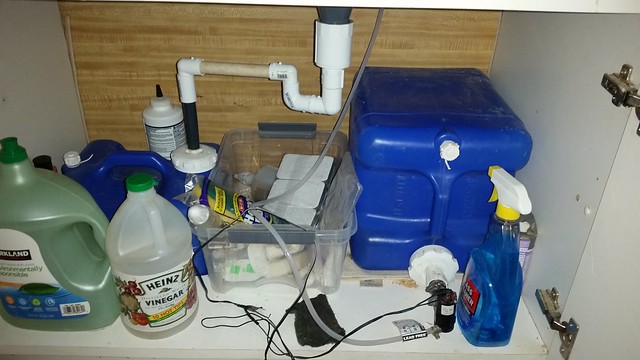 The new cargo bed is also nearly done, which I’ll discuss next time!