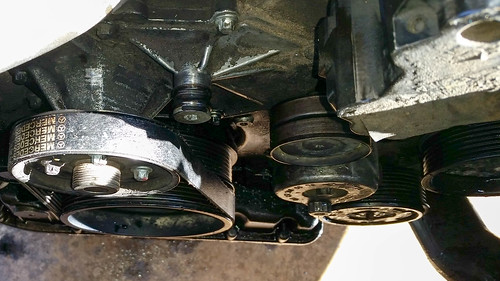 I’m back! Been working to re-stabilize my Austin life after my three-month six-week trip. 🙂

Since I decided to sell my house, I’ve made huge progress in reducing my expenses. I have no mortgage, no debt, and a much, much cheaper life. My next major step is income, which I’ve largely been without since 2010. My first big stab will be renting Junior like a Tiny House for the many Austin festivals like Austin City Limits, SXSW, Formula 1, etc. My plan is to partner with someone already running an AirBnB for these events who has a spare driveway and needs an extra room. People already do this with Airstreams, tiny houses, and spare sheds, so the business model is well-developed. No one but me will drive the van, it will just be used as a tiny apartment.

But first Junior must be fixed and poshed up! After my long trip, he’s making subtle-but-terrible scraping noises. At first I thought it was a transmission leak, but now I think Lee was right when he said it was the center bearing on the driveshaft. Much cheaper! Yay! There’s also a pop in the steering, so today’s going to be a Boost-a-thon where I lift both the front and back ends to nail down the problems.

So naturally it rained for about three hours this morning. 🙂

The central bearing isn’t very expensive or hard to replace. In the meantime, it’s not hurting anything. Yet.

I already got the supplies to change the transmission fluid when I thought a leak was the problem. Originally Mercedes said “you never have to change it for the lifetime of the vehicle!” but later said “we were just kidding, you should do it every 30-60,000 miles.” Junior has over 220,000! There’s also an electrical plug that evidently fails often and causes a tranny leak, and I have the upgraded version for replacement. Finally, there’s a speed sensor that gets dirty in there, and it can be clean during this service. If I do this now, I probably won’t have to do it again for years.

For the steering click, I’ll be boosting the front end off the ground and having Lee move the wheels back and forth while I listen for the source of the clicking. I’ve checked the power steering fluid, and it looks ok. It’s probably a tie-rod that’s gone bad, which would be great because it’s also cheap and easy.

Maintenance on Junior will probably be my biggest expense after food going forward. By renting him out for festivals, I can turn that expense into an asset. If I can make even half of what people usually charge for a cooking-enabled bedroom, it will probably be enough to support my new lifestyle. More on the numbers soon!